The brain is a very complex organ and, with advances in medical science and equipment such as brain scans (MRIs), we now know much more about how the brain develops. In this leaflet we have put together some important information about the brain that we hope will help you think about the ways in which you can understand and respond to the baby, child or teenager in your family.

Before the baby is born

When a baby is in the womb important brain development is happening. For example, by the 18th week of pregnancy the baby will have developed between one and two billion basic brain cells. Only a small amount of these cells are connected to each other before birth. The connections that are formed before birth include the baby’s hearing and some automatic responses such as the desire to search for food. This can be seen in a newborn baby when they recognise the mother’s voice and search with their mouth for the breast or bottle when they are hungry.

When the baby is born

The answer is that genes (nature) and nurture (the way a baby is looked after physically and emotionally) work together in developing the baby’s brain. Genes provide the building blocks or foundations and nurture (the interactions between a baby and its main carer) determines the way the baby develops. You can think of genes as the foundation for a house and nurture as determining the way the house is built.

The brain’s task in the first three years of a child’s life is to create connections between the different cells to enable a child to manage in the emotional environment they are living in.

Different parts of the brain develop at different times but there is an order to how this happens. For example, when a baby is born they will already be able to recognise rhythms of speech. They will be able to recognise their mother’s voice as they have heard it from the womb.

They will also be able to recognise their father’s voice once they are born, especially if their father has talked to the baby while in the womb.

Immediately after birth the baby’s vision begins to develop very quickly. Babies also recognise facial characteristics and expressions, usually of their mother, the person who is their main carer, or their father if their father talks to the baby. Together the development of hearing and vision allows the newborn baby to quickly match the voice and the face of the main person caring for them. These early experiences of communication give the baby an experience of language, and enable them to use and understand words in the right way later when they learn to speak.

In the first year of life the baby’s brain will be very much affected by the emotional experiences they have with those caring for them.

A baby’s brain is receiving information all the time, from how they are being cared for and what they hear, see, smell, feel and taste. Inside the brain lots of connections are being made so these messages and learning can be stored for the future. Just like any new learning this can take time.

To make the best connections from the experiences it receives, the baby’s brain needs to shut off the stimulation from the outside world so that it can concentrate on this important task. When a baby is doing this they may look as though they are turning away, closing their eyes or even yawning. Once the baby’s brain has made the connections they will once again return to what is happening around them.

Many people may have seen a baby do this but may not have realised just how important the baby’s actions are to their brain development. For example when an adult is talking to a baby, the baby might be smiling and cooing with the adult and then the baby may turn their head away or close their eyes for a few seconds. Adults often think that the baby is bored with the interaction but if they were to wait for a few seconds they might find that the baby turns back to look at the adult again for more stimulation.

Because babies’ brains are receiving lots of messages, and are just beginning to make these kinds of emotional connections, babies will need to look away often to let their brain make the most of what they are experiencing. As the baby grows into a child, young person and adult their brain will continue to need this ‘look away’ time as they learn, so that the brain can make the best connections possible.

Parents and people caring for young babies can do lots of things to help a baby’s brain grow. Young babies love to communicate and enjoy interacting most through eye contact, smiling, babbling and touching.

Adults have an important part to play by watching and responding to the baby’s cues and the messages they are giving out. Simple games of smiling and ‘chatting’ are helping the baby to start to be part of a two way conversation, where they can take turns and learn to watch and wait for the other person to speak. Adults also have a very important role in recognising how vital the ‘look away’ phase is to a baby’s development and respond sensitively to the baby by watching for signs when the baby is ready to re-engage.

By the age of two years a child will have as many brain connections as an adult. The brain will continue to make and prune connections through childhood. But the majority of the connections that form the foundation blocks on which later connections rely will have been made in the first three years of life.

In the years between three and about ten years the brain is storing information and reorganising the emotional and learning experiences of early childhood. The brain is growing at a steadier and slower pace than the first few years of life.

The brain will continue to need the ‘look away’ phase so that it can make connections from what a child has learnt. But a child may not need to look away as often as a baby and may develop other ways to cope with the information they are receiving. They may appear to be distracted for a moment, look at the floor or a wall, or simply stop what they are doing for a minute.

As a child enters puberty the brain and body undergo many changes and for a time this can have a noticeable effect on a young person, both physically and emotionally. The teenager’s brain is experiencing a second period of rapid growth. The first growth spurt in their brain occurred in the first three years of life and then during middle childhood the brain settled into a slower pattern of growth.

One of the main changes that adults notice about teenagers is that their emotions can sometimes be reactive, extreme or challenging. The teenager’s brain is not only growing quickly but it also experiences a period of chaos while it tries to reorganise itself more effectively.

Some parts of the brain are still not fully developed such as the frontal part of the brain that controls reasoning. This might explain why some teenagers find decision making difficult, or why the decisions they make might not be the most advisable.

The speech area of the brain is also undergoing more development in the teenage years and, for a time it is controlled by a part of the brain that can be very reactive to ‘gut reactions’, fear or danger. It is not until the later teenage years that the control switches to the part of the brain that can reason more. This pattern of control is also the same for the way the teenager reads the meaning of facial expressions. These changes may explain why teenagers can be spontaneous, speaking without appearing to think and why they misinterpret facial expressions, especially those that might be linked to negative emotions. 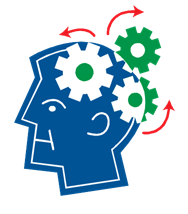 Teenagers’ body chemistry changes when they enter puberty and this affects the amount of sleep they need and the time their body tells them to sleep. Their body clock changes so that they go to sleep later, usually after 11pm and can easily sleep for 12 hours. During this time their body is releasing a hormone needed to grow. Up to 80 percent of growth hormone is released during sleep. When the teenager wakes up they are usually very hungry. This is very similar to a young baby who, having slept for a long period overnight, can be very hungry when they wake.

Most of the advice about teenagers’ sleeping habits suggests a reasonable bedtime that takes into consideration the changes in their body clock. A bedtime routine can be useful, especially on week days when they need to get up for school or college. The routine should avoid activities that stimulate the body, such the use of computer games or drinks that contain stimulating caffeine such as coffee or fizzy drinks. It can also be helpful to agree a regular time to get up both in the week and at the weekend that again is not too early or late. This pattern of sleep changes again in the late teens as teenagers’ growth pattern begins to slow. Once again teenagers’ hormones re-programme their internal clock so that they begin to need less sleep and they find it easier to go to sleep and get up earlier.

If a young child has had good enough emotional experiences in their early years, the challenges of brain development in the teenage years will have a good foundation. However, for some babies and children their early experiences may mean that their brain development has already had to cope with difficult circumstances. When the teenage growth spurt occurs they are likely to need extra support from sensitive adults, so that their brain is able to calm down the parts that have the potential to be very reactive, and mature other parts of the brain that help reasoning and decision making.

The Center for the Developing Child at Harvard University have made a series of excellent videos, less than 2 minutes each, about the developing brain.

The first, Experiences build brain architecture, is a general introduction to the development of the brain. The second one shows how important the interaction between the baby and his parents is for encouraging brain development.

‘It turns out that Sophia’s brain was concentrating on learning a new skill. The old skill wasn’t completely lost, it was just a little wobbly for a time.’